This is a guest post written by our friend Jeremie Piette, the owner of Global Futbol Training. Jeremie is a former collegiate standout and professional soccer player who has produced hundreds of players at the college level. His current client roster includes current professional players, USWNT players, collegiate players & youth soccer players. His online ball control courses are used across the globe. His main passion is helping soccer players develop the skills to get them to the Next Level along with the character to keep them there. We encourage you to learn more about Jeremie on his blog.

Have you ever experienced something where you thought you had the knowledge, but once you went through it you found that you didn’t know has much as you thought? Of course you have, we all have been there. Today I want to tell you a story about 2 of my students who I have trained and mentored for 7 years who both finally committed to University to play soccer. Both of them I met the same time because a coaching friend connected us when the boys were 10. Both of them played D1 Youth Travel soccer their whole life. I always thought they would get scholarships quite easily, based on their level of playing, their work ethic, connections & more. Stories like theirs teach me more & more that you have to do the right things to get offered a spot on a college team, and if you want scholarship money you have to do them at the right time!

The power of a highlight video

Before I tell you about these two boys and want to share a story from 5 years ago when I helped a student athlete named Dominique. At the time she was playing club soccer in a 3rd tier league in Dallas, TX which is still very high level since Dallas is top 3 in competitive youth soccer. Long story short, I helped her put together a highlight video for her recruiting process & she ended up getting scholarship to a D1 College out of state. The highlight video was so good that she got better offers than players who played 1st tier club soccer. The only thing that wasn’t great about this story was that when she got to college to play she and her coach found that she was not ready for that level. The highlight video showed her to be a top player, but when it was time to play she never got to.

The moral of the story

The point of this story is that in our college prep course & DIY highlight video course we give you the tips on how to make an amazing highlight video. However, just like anything else, video can be edited to showcase talent that, without proper development, opportunity cannot be sustained. College coaches say that they get hundreds of videos every year but most of them are not good, either because the content in the video or the quality. I will show you how to make a video that will have coaches contacting you with offers. Then it is your job to decide which school. Just make sure you don’t pick a school for prestige and bragging rights, but one that will give you a chance to play by your sophomore year. We play sports to play, not to sit the bench.

Competing with the world

Now let’s get to another story from a player named Thomas, who ended up getting an offer on a D1 College team out of state but he didn’t get scholarship. The reason is because he thought that playing top level club soccer (Development Academy) he would just get offers rolling in. (For those of you who don’t know, there is a boys development academy level that is so good their players are not allowed to play in high school).

He did have tons of letters and communications from big schools like Duke, Syracuse, SMU, Wake Forest but that doesn’t mean you are getting offered money and it doesn’t mean they really even know who you are. These schools are sending out letters to thousands of kids to spark interest and keep you from committing to other schools. They hope that you are going to commit to their school without asking for any money, because obviously money doesn’t grow on trees.

College coaches are trying to save every penny possible so that they can give large amounts to top players across the world. That’s right, across the world. Not only are you competing against kids across America but kids on every continent are trying to get to America for opportunity through their athletic and academic talents. So my student Thomas ended up signing with a D1 school and is really happy about it because he made connections with the coach and players. He felt good about the situation because it looks like he will get some playing time as a freshman and with the older players on the team they have lots of seniors who will be gone after this next year which means Thomas will probably have the starting spot from his Sophomore year on. This is important and what you should be thinking about. Don’t just go to a school because they have a big name; go because you have a peace about it and opportunity to get playing time early. That’s what it’s all about, continuing to play the sport you love. The coach told him that if he plays well as a freshman that he will get scholarship money his sophomore year. Now let’s hope Thomas plays well and that the coach is honest.

Dealing with the setbacks

Another college recruiting story is my student Max who ended up getting injured his junior year in high school, which is the worst time to get hurt. This is the time that all the showcase tournaments which college scouts are going on. AND for boys, junior and senior year is when you get signed, as opposed to girls getting committed as early as summer before 9th grade. Not only was it an injury, but it was a ACL tear. So pretty much a shock for the family because now you are wondering if you will ever get recruited and achieve your childhood dream.

Max just signed with an out-of-state D2 school and I am so happy for him! But he and his parents did the right things in order to make this happen. One thing was right after he was released by the doctor to play, he contacted me to get his skills, confidence and leg strong. I remember encouraging him saying you are going to do great things just keep working hard. This helps the mental part of his game to have someone else believing in him. Sometimes we need someone else to believe in us, before we can believe in ourselves.

These two players both were in shock when by their senior year they had not committed anywhere due to setbacks. Thomas’s club coach changed his position from an attacking player, which he played his whole life, to a defender. He didn’t know how to play that position, which is scary at a time when you are getting recruited. Then Max had a devastating injury that set him back 8 months. All the schools that were looking at him before the injury dropped off the radar and he had to start all over.  This is why I am writing this to you guys, so that you can at least know two things that can happen to you or people you know. If they would have done what we teach in our College Prep Course they could have been committed to a school with scholarship money before these things happened  to them. They would have gone through a lot less stress and they would have saved tons of money, not having to travel across the country 3-5 times. Think about how much money those things cost, traveling out of state: gas, flight, hotel, food plus all the extra time they spent researching when they could have done the right things at the right time to get early offers from schools.

I want you to start the process early (7th, 8th grade, 9th grade – no later) so that you can save your family tons of stress in wondering what you need to do and if you are going to get into a school. Also there is lots of money floating out there for scholarship but you have to know the secrets to get it. Some people try to hold back in spending money, but find out later that they had to spend more in the long run.  There is the old saying you have to spend money to make money. Earning scholarship is making money and we want to help you get it.

Doesn’t matter what sport you play, the process we give so many is the same in terms of when and how you contact schools. What are you waiting for? Start your learning in how to make money through your talents both academically and athletically.

Jordan2017-05-23T20:34:48+00:00Guest Posts, Organization and Planning|Comments Off on Athletic Scholarships: A Tale of Two Soccer Players 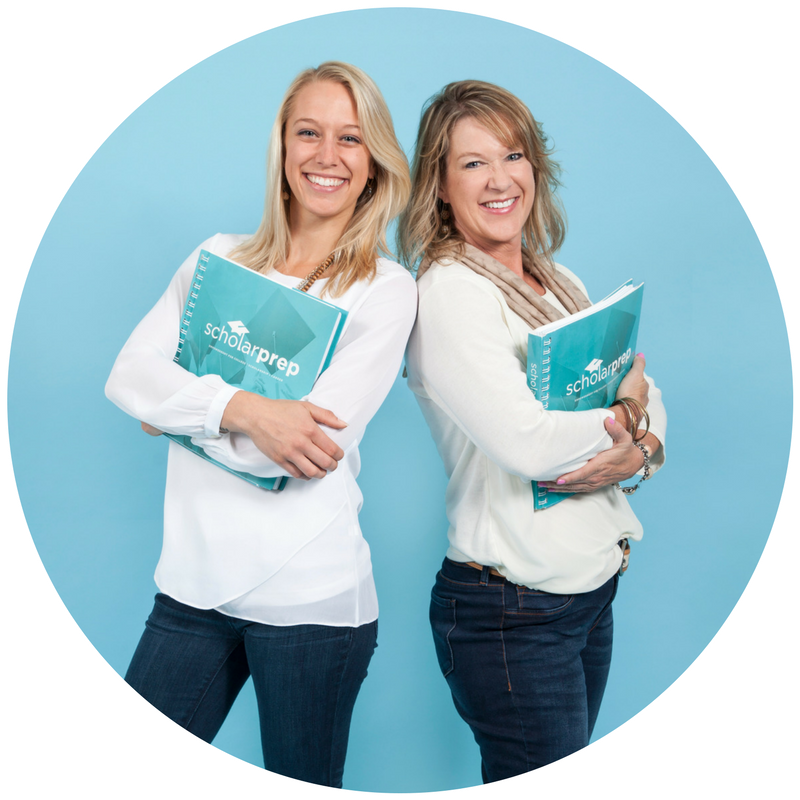 ScholarPrep was created by a mother-daughter duo based on their personal experiences with the college and scholarship application process.